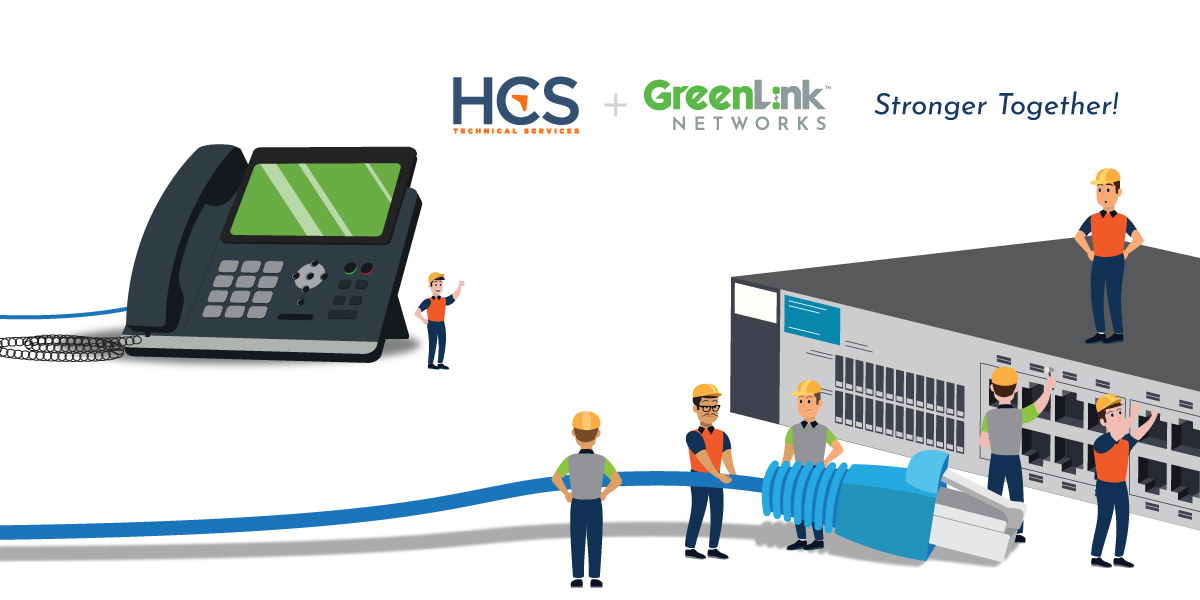 Since becoming a GreenLink Networks partner four years ago, the Central Texas-based managed service provider has found the business VoIP offering to be a great conversation starter with prospects, says Todd Gates, founder and CEO.

“It’s a really great opportunity to get in the door, especially if they’re already working with an MSP,” he says. “Some competitors in the region either are not offering Voice over IP or they’re offering legacy solutions, so it gives us an opportunity to get in front of the executives.” In many cases, that VoIP discussion has led to new Man­aged Services business for HCS as well.

VoIP has been such an effective sales tool, in fact, that HCS plans to market it heavily this year.

Offering VoIP has been easy with GreenLink, says Gates, who acknowledges that he was initially reluctant to get into that line of business. “The only reason we even got into VoIP was because of GreenLink.” Other VoIP products HCS had researched before GreenLink, Gates adds, “all seemed very expensive and very labor-loaded for a small team,” which has grown from two employees at the time to seven today. The MSP serves small businesses from Austin to San Antonio and has 600 endpoints under management currently.

GreenLink’s partner program was instrumental in training, onboarding, and shaping the go-to-market message, Gates explains. “They were very involved helping us un­derstand the benefit to our end user. They did a very good job of holding our hand through the initial process.”

Gates adds, “GreenLink co-founders Mayron Herrera and Jhovanny Rodriguez, former MSPs themselves, were totally engaged with getting us to a place where we understood enough to get out there and sell.”

He also appreciates the reciprocity of the vendor-partner relationship, which includes direct referrals to customers and other support. Gates has used that as a model for HCS’ own culture and client relationships. “We’re very grateful for that vendor relationship,” he stresses. “They’re like an MSP and VoIP coach combined.”

An added benefit is the free VoIP service GreenLink provides partners. “That’s a great opportunity to test their services before you recommend them to your customers and prospects. We put a desk phone on every employee’s desk, and they are used a lot, and preferred when we’re in the office,” Gates says. In addition, using the VoIP phones has helped his staff understand the productivity benefits, which they are able to better convey to prospects.

From a feature standpoint, GreenLink’s offering is easy to use and support, Gates says. “I don’t have to spend a lot of time training my team on how to handle Voice over IP, especially when onboarding. We know that we can sell a deal and then any of my techs would have the onboarding process support from GreenLink.”

After implementation, HCS typically handles Level 1-type requests for customers. When there is a need to elevate an issue to GreenLink, HCS manages the vendor relationship.

Gates also likes having some back-end control of the PBX to make quick changes and submit requests upfront for handling extensions to suit a customer’s needs. Then GreenLink “takes care of all the heavy lifting,” which includes billing, compliance, and taxes. “Because of the strange regional tax issues, if it wasn’t GreenLink handling billing, we probably wouldn’t be doing Voice over IP,” he says.

Going forward, the VoIP offering is a good fit for HCS’ plan for 2020 to focus on manufacturing and wholesale customers, which often have distributed locations.

Overall, as a door-opener and a revenue generator, Green­Link Networks’ VoIP offering has given HCS a flexible and easy way to grow the business. “Once it is set it’s usually not a product line you have to revisit frequently,” Gates says, “so those commission checks just feel like gravy.”